The Sikuliaq — pronounced see-KOO-lee-auk and translated from Inupiaq as “young sea ice” — is a new 261-foot oceanographic research vessel. The ship is owned by the National Science Foundation and operated by the University of Alaska Fairbanks, a leader in Arctic research.

Sikuliaq can cut through 2.5 feet of first-year sea ice and is the only ice-capable vessel in the United States academic research fleet. The ship is outfitted with state-of-the-art equipment to bring scientists to previously inaccessible ice-choked polar regions of the globe. The Sikuliaq will be a powerful vehicle for advancing polar and subpolar research when it begins scientific operations this summer.

UAF scientists conducting ocean research in Alaska have been advocating for a vessel specifically designed for Arctic operations since the first proposal was submitted in 1973. Those years of preparation paid off in 2009 when the NSF announced it would construct the vessel with funding from the American Recovery and Reinvestment Act.

An exhibit about the ship on display in the Special Exhibits Gallery at the UA Museum of the North features interactive games that illustrate the tasks that oceanographers accomplish. A water column shows the range of depths at which tools must operate in the ocean. A sonar mapping activity lets visitors assemble a seafloor terrain and use an ultrasonic sensor to virtually recreate the topography. Visitors can play in the science control room, examine scientific specimens collected in the Arctic, and explore a six-foot model of the ship. 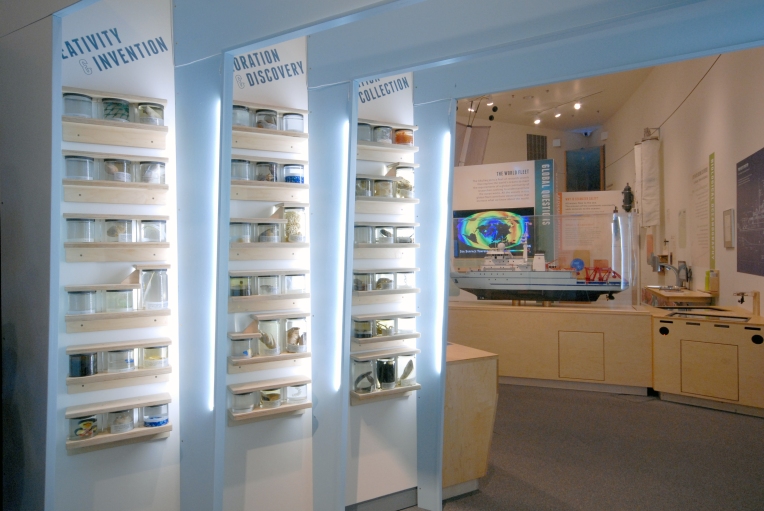 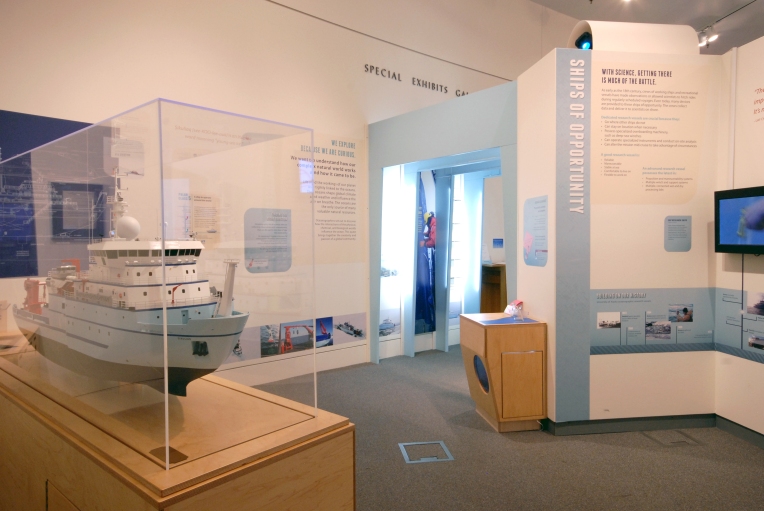